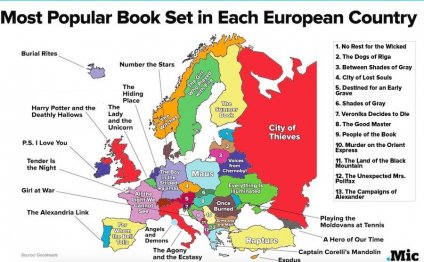 Evanescent existence; flickering fame,
A quintessence of reflections
Incidentally etched on ancient relics.
Can we conjure your presence?

We barely remember Joseph Warren as the person who dispatched Paul Revere on his famous ride, and as the hero of the Battle of Bunker Hill, where he was killed in action. It wasn’t always that way. For almost a century Warren was one of the most important and remembered founders of the fledgling American nation.
John Trumbull’s painting 'Death of General Warren at the Battle of Bunker’s Hill, ' a renowned icon of American history, dates from that period. In it scarlet uniformed British soldiers, heavily armed and personally led by their officers, have just overwhelmed American entrenchments atop Breed’s Hill, within sight across the Mystic River of Boston. In the background loom the eponymous Bunker Hill and the village of Charlestown, its houses and churches aflame, a smoky cloud framing the battlefield. The Americans, a motley amalgam of raw militia, countrymen and workers, try unsuccessfully to fend off the onslaught.
New England’s Pine Tree flag still stands within the American dirt fort in the unseasonably hot and breezeless early summer afternoon. The red coated attackers, brandishing the colors of the United Kingdom, will take it down in a moment. It is June 17, 1775: The defenders of an embryonic American Liberty are about to be defeated in a British Pyrrhic victory.
In the forefront, Colonel William Prescott commands the Americans while rotund General Israel Putnam vainly shouts orders in the background. British Generals Burgoyne and Clinton command the British attackers as Major John Pitcairn, leader of the marines falters, mortally wounded, yet still supported by a soldier. British and Americans have fallen indiscriminately on the field among the detritus of battle.
In the foreground, a finely dressed figure lies prostrate, his sword dropped to the earth. Prescott wards off a bayonet thrust by an onrushing British infantryman. It is a thrust the enemy’s own superior officer, Colonel Small, curiously appears to want deflected. But the targeted figure already lies supine, looking skyward in a saintly blank stare. He is suspended momentarily in a halo of tranquility amongst the mayhem.
This dying man can no longer smell the acrid, dense black powder smoke that hangs low in the windless oppressive heat, obscuring the afternoon sun. He pays no heed to the shouts of men nor the eerie lull in the previously deafening gunfire. The animation, his admonishments of others to action, the thrill and fear of battle, all suddenly calm. A single bullet annihilates in an instant inspiring words, the force of personality, the martial spirit in action, the reality and complexity of a human being.
Dr. Joseph Warren, the central figure, moves from life to legend.
Trumbull’s iconic painting raises unanswered questions about its subject. How did a physician come to assume such a responsible role in this engagement? How did he meet his fate within sight of his home town? Why was he famous throughout the young United States as a model for involved citizenship? Was there any truth to the cynicism of his political enemies? Most compelling of all-why has this once beloved leader been so long and unjustifiably forgotten?
This biography of Joseph Warren answers these and other questions. It utilizes modern analytical methods, uncovers new material, and sheds new light on “established” facts...

Please join me in getting to know Joseph Warren, accompanying him on his lifetime’s journey to Bunker Hill, and considering the fate of his reputation and memory long after his heroic demise.”

When a work of fiction or nonfiction captures the attention—and wallets—of American readers, it speaks volumes about the…

Whether you re traveling on vacation, sunbathing on the beach, or simply lounging in the park, nothing beats a good book…