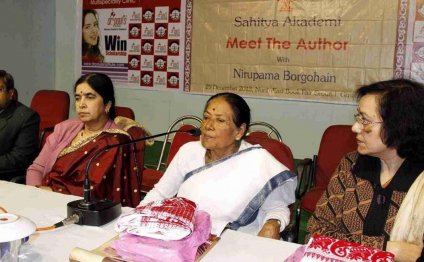 For all the praise given to the Austens’ and Dickens’ of Britain’s past, a relatively small amount of attention has been paid to England’s postwar canon. Far from doting upon the same social issues, these novels often express the difficulties of adjusting to modernity after colonial rule, to adapting to suburban life, to rejecting and accepting new subversive movements. This list barely scratches the surface, but I hope these selections lead you to discover the manifold trends that have populated the hearts and minds of the United Kingdom. Let us know what you think.

Thought written in the 1950’s, Amis’ novel about the anachronistic nature of educational institutions in England speaks to the major social shifts during the era. With poets like Philip Larkin and playwrights like John Osborne bitterly expressing their chagrin for the new post-war era, Lucky Jim is a refreshing satire of the old, staunch, British order.

By combining a keen eye for relationships with the emerging existentialist philosophy of post-war France, Under the Net is a novel of ideas that does not languish excessively on dead-end ideas. Rather, it is a beautifully-wrought account of a comatose world of confused youth and bombed-out landscapes, an ideal vision of Paris now bleak and gloomy.

Switching between the narration of the past and present, Fowles’ novel is a Victorian love story with a twist. Playing with many Victorian-era clichés, Fowles story of “forbidden love” combines historical revisionism and pastiche-like satire to deflate our modern-day view of Victorians as staunch and chaste authoritarians. Partly based on Claire de Duras’ Ourika, it was one of the first postmodernist novels of the era to confront historical revisionism.

Crash is a novel like no other. Envisioning a future where our sex drive is literally, well, a “sex drive”, Ballard’s mad prose describes a landscape of parking lots, highways and airports, where transcendance is not a spiritual experience, but rather a consumerist one. Ballard’s novels have been derided by many as crude and overindulgent, but the author’s nightmarish vision of sex and technology forever binding has many contemporary implications. In short, few other authors would foresee just how dramatically computers would become the new voices of the libido.

Grey’s book is a semi-autobiographical account of the novelist’s Glasgow upbringing, but there is little about the work that is conventional. In fact, the book starts in “Book 3” and then reverts to his childhood, were descriptions of Scotland during World War II are combined with otherworldly visions. The novel is pure postmodernism; by drawing on several perspectives to frame his past, we come to a better understanding of the protagonist’s brilliant but troubled mind.

This year marks the 450th anniversary of the birth of two great Elizabethan writers: Christopher Marlowe and William Shakespeare…

(The following article is taken from the U.S. Department of State publication, Outline of American Literature.) Contemporary…