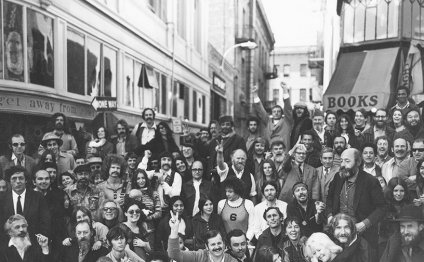 Sir Malcolm Stanley Bradbury CBE was an English author and academic. He is best known to a wider public as a novelist. Although he is often compared with David Lodge, his friend and a contemporary as a British exponent of the campus novel genre, Bradbury's books are consistently darker in mood and less playful both in style and language. His best known novel The History Man, published in 1975, is a dark satire of academic life in the "glass and steel" universities – the then-fashionable newer universities of England that had followed their "redbrick" predecessors – which in 1981 was made into a successful BBC television serial. The protagonist is the hypocritical Howard Kirk, a sociology professor at the fictional University of Watermouth.

He completed his PhD in American studies at the University of Manchester in 1962, moving to the University of East Anglia (his second novel, Stepping Westward, appeared in 1965), where he became Professor of American Studies in 1970 and launched the world-renowned MA in Creative Writing course, which Ian McEwan and Kazuo Ishiguro both attended. He published Possibilities: Essays on the State of the Novel in 1973, The History Man in 1975, Who Do You Think You Are? in 1976, Rates of Exchange in 1983, Cuts: A Very Short Novel in 1987, retiring from academic life in 1995. Malcolm Bradbury became a Commander of the British Empire in 1991 for services to Literature, and was made a Knight Bachelor in the New Year Honours 2000, again for services to Literature.

Bradbury was a productive academic writer as well as a successful teacher; an expert on the modern novel, he published books on Evelyn Waugh, Saul Bellow and E. M. Forster, as well as editions of such modern classics as F. Scott Fitzgerald's The Great Gatsby, and a number of surveys and handbooks of modern fiction, both British and American.

He also wrote extensively for television, including scripting series such as Anything More Would Be Greedy, The Gravy Train, the sequel The Gravy Train Goes East (which explored life in Bradbury's fictional Slaka), and adapting novels such as Tom Sharpe's Blott on the Landscape and Porterhouse Blue, Alison Lurie's Imaginary Friends and Kingsley Amis's The Green Man. His last television script was for Dalziel and Pascoe series 5 Produced by Andy Rowley. The episode 'Foreign Bodies was screened on BBC One on July 15 2000.

The Name of the Wind (The Kingkiller Chronicle) Told in Kvothe s own voice, this is the tale of the magically gifted young…