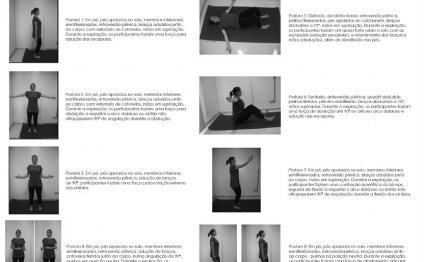 The following short stories have been selected for High School students. These stories have been chosen to deepen the appreciation for the short story genre and to promote a general working knowledge of important literary works. Many of these short stories are iconic works that are often anthologized and serve as deep cultural reference points in literature, films, music, and general conversation. These are stories that should be known to and easily referenced by any "well read" student preparing for college (and life!).

This is a story that works at several levels and is easily read as a sad and tragic morality tale about animal cruelty. For advanced readers this story merits classroom discussion as a symbolic tale. Probably written in 1893, it's an interesting cross-section of literature and history that might be commenting on reconstruction and the Jim Crow era. What if the dog, still dragging a rope, is representative of recently freed slaves? If we accept that symbolic starting point, who is the little boy? The mother, the father? And what does the story mean in that context?

This is a poem. Not a short story. Don't let that stop you. Frost uses about 1, 010 words to teach you something about the complexity of life, death, marriage, longing, loss, and parenthood. Take note of the emotional and physical position of the characters in relationship to one another over the course of the poem, as well as the dimensions of the space where they are presented. And please take the time to consider historical context: Adams, Jefferson, Madison, Monroe, Lincoln, McKinley, Roosevelt, Kennedy, Reagan, Bush. An incomplete list of presidents? No. That is an incomplete list of presidential couples that lost at least one child. This poem was not addressing a remote emotional experience when it was written in 1914, it was addressing a tragedy and emotional trauma that was all too common in the United States then, and is still too common in many parts of the world today.

In this man versus man versus nature story, two feuding neighbors venture into the woods carrying guns; one to hunt, the other to put down a trespasser. The two are fated to meet and reap the rewards of their bitter quarrel over a piece of land.

We now turn to New Zealander Katherine Mansfield for a short story that is multi-themed and laden with symbolism. What are the messages the author delivers in this story? What does the fly represent? Are there any ideas that reappear in the story? This is a wonderful candidate story for an essay or classroom discussion. The story provides the literary experience of looking at a mountain field; the longer you look, the more you see. Every student's perspective is different and so is their view of this story's field.

A delightful mosaic of independent but related stories describing the development of a young man, George Willard, as he comes of age. The stories mark the important episodes and relationships that have shaped his life and formed his character. The stories build toward the moment when he will leave Windesburg and his youth behind.

This is a fantastically funny short story collection from the Canadian author Stephen Leacock. Though he is largely lost to modern readers, it was once said that "more people had heard of Stephen Leacock than Canada." If this one is not on your reading list, I advise you to negotiate with your teacher for some extra credit and read this one independently.

This sublime story is based on the true-life ordeal that Crane endured in 1897 when the ship he had boarded for Cuba ran aground and sank off the Florida coast. A ten-foot long dinghy is a small boat for four men in calm water, it must have been rather harrowing in rough seas. While this is another man versus nature story, it focuses more on nature's indiscriminate carelessness and I admire this narrative's understated style.

It is hard to comment on this story's content without spoiling its powerful effect on the reader, so I will refrain other than to recommend it for classrooms that are ready for mature discussion of sensitive topics. I think this story is best when previewed by the teacher, then assigned to the whole class for reading and a follow-up discussion.

"There is a point at which terror may turn to madness . . ." The story is physically set on the American frontier [hint coming] but that may not be where all the action takes place. This is a great story for in-class reading and discussion.

Life s biggest moments rarely work without a soundtrack. That s why weddings have first dances, athletes have walk-up songs…