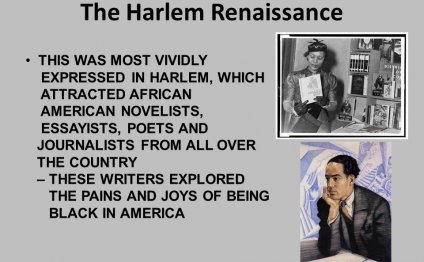 "These essays challenge and inspire, but, more important, they speak the truth about writing and offer guidance and warning to those who would follow in the footsteps of these individuals. A useful resource in both African American literature and creative writing courses, this is an accessible compendium of essays on the aesthetics and vocations of African American writers, cataloguing their ideals and their struggles with creating their fictional art."—Choice

“What is to be appreciated in this collection of writers working on a black American version of a dream, comes straight down, or up, the pike. The facts are that this volume repeatedly carries an essential epic necessity for our nation. One may or may not agree with every selection, but one can always count on a scholar as serious as Horace Porter to live up to the down home fairness so important to human depths his rearing offered, and demanded of him.”—Stanley Crouch, cultural critic and author, Don't the Moon Look Lonesome?

“A scholar who both admires and understands writers, Horace Porter has given us groundbreaking studies of Baldwin and Ellison. And now in the pages of this anthology he has brought together a number of illuminating essays by some of our most important novelists, a singular achievement that charts the extraordinary ways the work gets done.”—Jeffery Renard Allen, author, Song of the Shank

“Dreaming Out Loud contains a wide-ranging selection of eloquent, insightful, and provocative writings by African American novelists about the practice and power of fiction-writing. In this brilliantly edited volume, Horace Porter, the distinguished literary scholar, has brought together deeply influential essays by many of the leading novelists of the twentieth and twenty-first centuries. This book will be immensely valuable to general readers and scholars of African American literature alike.”—Valerie Smith, co-general editor, The Norton Anthology of African American Literature, 3rd edition

Dreaming Out Loud brings together essays by many of the most well-known and respected African American writers of the twentieth and twenty-first centuries, discussing various aspects of the vocation, craft, and art of writing fiction. Though many of the writers included here are also accomplished poets, essayists, and playwrights, this collection and the essays it contains remains focused on the novel as a genre and an art form.

Some essays explore the challenges of being an African American writer in the United States, broadly addressing aesthetic and racial prejudice in American publishing and literature and its changing face over the decades. Others are more specific and personal, recounting how the authors came to be a reader and writer in a culture that did not always encourage them to do so. Some are more general and focus on practice and craft, while still other essays offer detailed behind-the-scenes accounts of how famous novels, such as Native Son, Invisible Man, The Autobiography of Miss Jane Pittman, and The Color Purple, came to life. Ranging from the Harlem Renaissance, through the Civil Rights movement, and into the twenty-first century, this anthology explores what it has meant to be an African American novelist over the past hundred years.

Photo Credit: Getty Images I was born May 21—last day of Taurus, first day of Gemini and just over a week away from the unofficial…

Poems on Various Subjects, Religious and Moral, is a collection of poetry by Phillis Wheatley, the first African American…