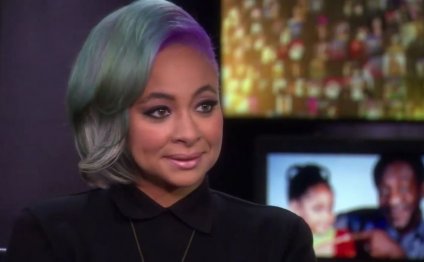 The upcoming season of “American Idol” is its 15th and final one, which means tons of surprises are likely in store. We’re banking on seeing most, if not all, of the talent competition’s past winners (like Kelly Clarkson and Carrie Underwood), as well as the contestants who should’ve won but went on to become mega-successful anyway (like Jennifer Hudson and Adam Lambert).

But it looks like the biggest “AI” star cameo will actually happen during the show’s cross-country audition process. As you may remember, it was revealed back in October that none other than Kanye West crashed the show’s San Francisco audition as a contestant. A clip released shortly after showed that he performed an unaccompanied version of his own song “Gold Digger, ” making sure to include that Jennifer Lopez-centric lyric (suck-up much?!).

It was totally random and unclear at the time what he was doing there, but now it looks like we’ve gotten an answer: He really was auditioning, and wife Kim Kardashian was there to cheer him on.

On Tuesday night (Dec. 22), the new mama posted a teaser for her hubby’s appearance on Twitter, which shows a calm and collected ‘Ye telling judges Lopez, Keith Urban and Harry Connick Jr. why he’s there.

“My name is Kanye. I’m from the south side of Chicago. I’m originally a producer, ” he says. “I always wanted to rap and no one really believed in me, so I wanted to try some things out, you know?”

Meanwhile, Kim, who was then pregnant with baby son Saint, tells host Ryan Seacrest that she has the utmost faith in her man.

“I’m not nervous, because I do really believe in him, ” she said. Awww.

It's YEEZY season! Can't wait for you guys to see Kanye on @AmericanIdol in January! #Idol

The clip ends before we get to see whether ‘Ye’s going to Hollywood, but judging from Seacrest’s Instagram posts from a few weeks back, it looks like he did indeed snag that golden ticket.