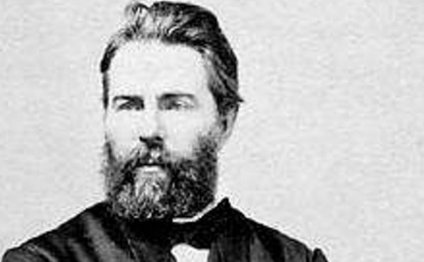 Includes magazine articles, book reviews, other occasional writings, and 15 books. Of these, seven books were published between 1846 and 1853, seven more between 1853 and 1891, and one in 1924. Melville was 26 when his first, and had been dead for 33 years when his last, books were published. At the time of his death he was on the verge of completing the manuscript for his first novel in three decades, , and had accumulated several large folders of unpublished verse.

To the collector and bibliographer of Melville, 1853 marks not only the close of his series of great novels, and the beginning of the long period of unpopularity precipitated by the appearance of Pierre; it also marks the occasion of a physical disaster which renders the books published by him in America prior to that date even more scarce today than would normally have been the case. At one o'clock on the afternoon of Saturday, December 10, 1853, the establishment of Melville's publishers Harper Brothers was completely destroyed by fire, reportedly caused by a plumber throwing a lit candle into a bucket of camphene, which he mistook for water. The fire burned Harper's stock of Melville's unsold books which consisted of: Typee, 185; Omoo, 276; Mardi, 491; Redburn, 296; White Jacket, 292 ; Moby-Dick, 297 ; Pierre, 494. Mardi and Pierre, Melville's two least popular books, had the largest number of unsold copies burned.

A Melville revival that began in the 1920s led to the reprinting of many of his works, then out of print in the United States. Raymond Weaver, Melville's first biographer, edited a 16 volume edition for the London publisher Constable which included the first publication of Billy Budd. In 1926, Moby Dick was among the first titles in the newly founded Modern Library series. Beginning in 1948, independent publisher Walter Hendricks recruited scholars to edit annotated editions of Melville's works, beginning with a volume of his poetry. Produced under the general editorship of Howard P. Vincent, the series was originally projected to include 14 volumes but in the end no more than 7 appeared.

In the 1960s, Northwestern University Press, in alliance with the Newberry Library and the Center for Scholarly Editions of the Modern Language Association, established ongoing publication runs of Melville's various titles. The aim of the editors, Harrison Hayford, Hershel Parker, and G. Thomas Tanselle, was to present unmodernized "critical texts" which represented "as nearly as possible the author's intentions." The editors adopted as "copy text" either the author's fair copy manuscript or the first printing based on it, which were then collated against any further printings in Melville's lifetime, since he might have made corrections or changes. In the case of Moby-Dick, for instance, after collating the American and British editions from the various printings, the editors adopted 185 revisions and corrections from the English edition and incorporated 237 emendations made by the editors. The "Editorial Appendixes" for each volume included an "Historical Note" on composition and publication, an extensive account of the editorial process, a list of emendations and changes, as well as related documents.

Marlon James, author of A Brief History of Seven Killings, and winner of the Man Booker prize. Photograph: Neil Hall/Reuters…