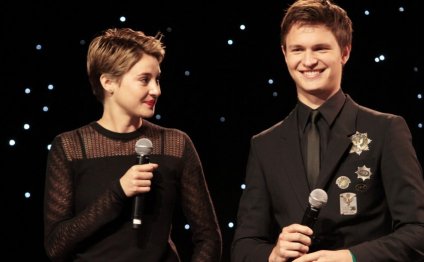 The term bard (Russian: "бард" bard) came to be used in the Soviet Union in the early 1960s, and continues to be used in Russia today, to refer to singer-songwriters who wrote songs outside the Soviet establishment, similarly to folk singers of the American folk music revival. Because in bard music songwriters perform their own songs, the genre is also commonly referred to as author song ("авторская песня" avtorskaya pesnya). Bard poetry differs from other poetry mainly in being sung with simple guitar accompaniment as opposed to being spoken. Another difference is that it focuses less on style and more on meaning. This means that fewer stylistic devices are used, and the poetry is often in the form of a narrative. What separates bard poetry from other songs is that the music is far less important than the lyrics; chord progressions are often very simple and tend to repeat from one bard song to another. A far more obvious difference is the commerce-free nature of the genre; songs are written to be sung and not to be sold, as the bards are often working professionals in a non-musical occupation.

Stylistically, the precursors to bard songs were Russian "city romances", also known as urban romances, which touched upon common life and were popular throughout all layers of Russian society in the late 19th to early 20th centuries. These romances were traditionally written in a minor key and performed with a guitar accompaniment.

Bard poetry may be roughly classified into two main genres: tourist song and political song, although some other subgenres are also recognized, such as outlaw song and pirate song.

Initially the term "bard" was used by fans of the tourist song genre, and outside those circles, the term was often perceived as slightly derisive. However, there was a need for a term to distinguish this style of song from the traditional mainstream pop song, and the term eventually stuck.

Many bards performed their songs for small groups of people using a Russian guitar, and rarely, if ever, would they be accompanied by other musicians or singers. Those who became popular were eventually able to hold modest concerts. Bards were rarely permitted to record their music, given the political nature of many of their songs. As a result, bard tunes usually made their way around via the copying of amateur recordings (known as magnitizdat) made at concerts, particularly those songs that were of a political nature.

During the Soviet Era of Stagnation, camping, and especially its intense forms such as alpinism, kayaking/canoeing, and canyoning, became a form of escapism for young people, who felt that these activities were the only ways of life in which such values as courage, friendship, risk, trust, cooperation, and mutual support still mattered. It is these types of situations and virtues that tourist songs use for their subject matter.

Many of the best tourist songs were composed by Yuri Vizbor who participated and sang about all the sports described above, and Alexander Gorodnitsky who spent a great deal of time sailing around the world on ships and on scientific expeditions to the far North.

A notable subgenre of the Tourist song was the Sea song. As with other tourist songs, the goal was to sing about people in hard conditions where true physical and emotional conflicts appear. Vladimir Vysotsky had several songs of this sort, since his style suited them perfectly. Many of Alexander Gorodnitsky's songs are about the sea since he actually had the opportunity to experience life at sea. While some songs were simply about sailors, others were about pirates. With the romanticism of songs like Brigantine by Pavel Kogan, pirate songs are still popular at author song concerts today. Almost every bard has at least one song of this type.