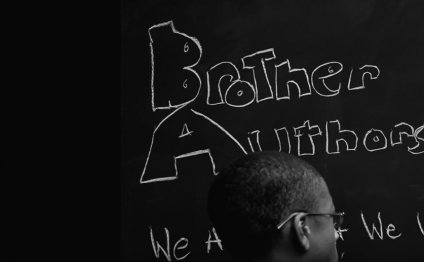 By Kevin Reeves author of s.m.i.l.e.

Young writers need models. Early in my apprenticeship my predecessors fed me greatly. Still, I was also very eager to find work by young black male contemporaries, which I thought might be more relatable. When I discovered that Richard Wright published Native son around 32, James Baldwin Go Tell it On the Mountain around 29, James Alan McPherson Hue and Cry around 25, then winning the Pulitzer Prize around 35, and Jean Toomer Cane around 29, I thought, surely, there had to be a living young black male fiction writer whom I could turn to as a model. After a dedicated search, I found none. There were some young black male writers producing contemporary works of fiction, but their work seemed determined only to entertain. I was looking for something more, a deeper, richer perspective. Later, after a more thorough and committed search, I did find one young black male writer who seemed to have a deep respect for the art form and the urgent need to try to get life right on the page. Where were the rest?

Given post Civil Rights era progress and the fact that there were many young black male poets, I wondered, "Why is there such a lack of young black male literary fiction writers?" The decline, beginning in the early 1980s, is striking. For a time, I attributed the shortage to the way of the publishing industry, specifically the large New York publishing houses. I reasoned that during the Harlem Renaissance and the following decades the gatekeepers of the publishing world were more actively looking for more young black male voices. The socio-political climate of the times raised the demand for their perspective. Big publishing houses, and those connected to them, look for what they think is going to sell well. Writers who appear not to represent the mainstream benefit from spikes of perceived popular interest. Yet, the trends of big publishing are not responsible for the halting of young black male literary voices.

I found the answer after giving a talk at Northern Illinois University. My audience was a group of young men who were in the university's "Chance Program." In an attempt to stress the importance of literacy, I created audio snippets of rap songs that I knew contained direct references to books. For example in the song "Some How, Some Way" Jay-Z says, "Look man, a tree grows in Brooklyn, " which is a direct reference to Betty Smith's successful 1943 novel by the same name. Talib Kweli and Mos Def's "Thieves in the Night" pays homage to Toni Morrison's The Bluest Eye by creating an entire song inspired by the last paragraphs of the novel. Nas's "2nd Childhood", is arguably a reference to a paragraph in Black Boy where Richard Wright explains his existence in Chicago being like "a second childhood." Using more examples like these, I explained to the young men that the best rappers must be highly literate and the mentioning of books in their lyrics was an overstatement of that fact. After the presentation, I continued to think about literacy and Hip-Hop artists. I thought about the songs that I loved, those songs that were vivid and real, which sometimes took me to a distant place, and at other times, a place of familiarity. The best Hip-Hop songs, those that told stories, excited me as great scenes from books did. I came to the conclusion that my favorite MCs were the young black writers for whom I had been searching.

Many compare rappers to poets. However, I believe they should also be compared to writers of fiction. Had it not been for the unique set of circumstances that led to the creation of Hip Hop music, the beats and rhymes making for the most alluring and instantly gratifying form of expressionâ€”a fast, natural art form for a fast, tough, uncaring societyâ€”many of the greatest MCs would be writers of fiction. No better short stories can be written about the happenings in the â€˜hood than Tupac's heart wrenching "Brenda's Got a Baby" or Jay-Zs masterful "Meet the Parents." How about Scarface's "A Minute to Pray and a Second to Die" or Slick Rick's "Children's Story"? These third person narratives are visual, charged with emotion, and layered with complexity. As for first person rap stories, few are as vibrant and engaging as Will Smith's early hits like "Parent's Just Don't Understand" or even "Nightmare On My Street". Even recently, Lupe Fiasco's "Hip Hop Saved My Life, " delivers a well-told story of a young father working toward his big break, dreaming of providing adequately for his family.

Can a black male get a shot?!

Black and Latino Males: Getting to and Through College

While there is no dearth of scholarship on the work of contemporary African American women writers, Nunes emphasizes intertextuality…