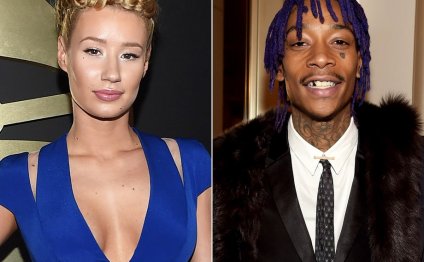 A beautiful love song to our country, Dierks acknowledges the good with the bad in between a message of resilient unity. Grand production – that includes rumbling percussion and ringing guitars – gives the song an epic feel, while descriptions of land stretching out to the West hint at the glory our forefathers must have seen.

"The House That Built Me" by Miranda Lambert

Miranda's tender ballad about searching for a connection to her past is powerful. Intimate details of leaving handprints in wet concrete and knowing where pets rest in the yard resonate deeply due to their universal and understood symbols of childhood. That Miranda uses a trip to the home she grew up in to connect with the innocence she once had makes this Grammy winner all the more emotional.

"My Town" by Montgomery Gentry

This MG sing-along is big on small town imagery like names written on water towers and getting together for a cup of coffee at the local diner. It's also a statement of ownership, pride and loyalty to the place where roots run deep.

Carrie's No. 1 hit from 2010 is more about the destination and the understanding that home is the place one truly belongs – even if one is not quite there yet. In this touching story song, a foster child, single mother and older man all know they are still on the journey that will take them to the home that lies just ahead.

David's Grammy-nominated "Turning Home" is full of nostalgia for his hometown of Kennett, MO, where portions of the music video were even filmed. David's soulful voice rising to meet the emotions of wishing he was back there makes this a soothing remedy when feeling just a little homesick.

The title track from Eric's sophomore album is a ringing declaration of love for his home state of North Carolina. Sometimes that feeling of knowing you've been gone too long can set in gradually, but when it does, Eric's revolving lyric, "Caro-lina, " circles like a lighthouse to help you find your way.

The official state song of Georgia was also a No. 1 hit for Willie in 1978 and has long been a staple of his catalog. Though it's been remade many times by various artists, rarely has anyone touched the lyrics with the same sensitivity as Willie, to make this an enduring classic, no matter what state you're in.

Blake yearns for the time when he can return home from the touring life on this No. 1 hit ballad. Singing with an understanding of why it's tough on both him and the one that misses him, "home" takes on additional meanings as a meeting place within their relationship.

A beautiful, stark ballad describing the duty, and personal reward, of Air Force pilots helping other soldiers return home from overseas. Though some ‘gave a little but he gave it all, " the pilot of the Angel Flight appreciates the importance of getting them home.

It's the story of drive and ambition slowly pushing all other things to the side. George and Tammy each have their own ‘story' in that new fancy house they worked so hard to get, but they also have a division in their marriage. Though the delivery is upbeat, the real story is that of a broken home.

"There's only one place they call me one of their own, " Jon Bon Jovi and Sugarland's Jennifer Nettles sing together on this No. 1 hit about doing your part to build strong communities. While the song was powerful on its own, it was really the video that took this message to a new level; a rainbow of races sing along to the words as volunteers help their neighbors build new homes.

Jason Michael's low baritone adds weight to this neo-traditional story song about a runaway teenage daughter and a loving father. Leaving a message of forgiveness on the family answering machine as the outbound greeting, urging her to return to her family, he hopes his daughter will hear it if she ever calls home.

"A Home In Heaven" by Hank Williams Sr.

This gospel waltz of disillusionment questioned the desire for fancy homes on earth in contrast to putting a down payment on a home in Heaven through living an unselfish life. Hank Sr.'s classic lonesome heartache pours out with the soulful voice that continues to affect generations more than 65 years later.

Stephen Foster originally wrote what is now the state song of Kentucky in the 1850s with an anti-slavery message. Though the lyrics have changed a bit over the years, the words, "Oh the sun shines bright on my old Kentucky home" remain. On this version, the Man in Black drops quick humorous jabs while bestowing the virtues of the bluegrass state.

"I'll Be Home for Christmas" by Rascal Flatts

Yes, it's a Christmas song, but the boys' rendition is absolutely captivating. The three-part harmony (Rascal Flatts did this a-cappella) jumps out of the speakers with the R&B soul of the Temptations and the classic country feel of the Louvin Brothers. It's a beautiful take on a message of being at home with family during the most wonderful time of the year.

Scotty McCreery shares behind-the-scenes stories from his life, both on and off the stage. Go Big or Go Home show Scotty…

Alison Potter (or, if you prefer, Ali Knight) Photograph: Rankin Photography/Hodder & Stoughton One of the fun things…