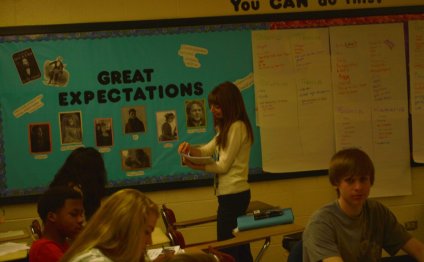 On the town … Laurence Olivier and Jennifer Jones in Carrie, the 1952 film adaptation of Sister Carrie. Photograph: Allstar

Sister Carrie is one of several novels in this series that address the American dream, and it does so in a radical spirit of naturalism that rejected the Victorian emphasis on morality. In some ways it's crude and heavy-handed, blazing with coarse indignation, but in its day it was, creatively speaking, a game-changer. Later, America's first Nobel laureate, Sinclair Lewis, said that Dreiser's powerful first novel "came to housebound and airless America like a great free Western wind, and to our stuffy domesticity gave us the first fresh air since Mark Twain and Whitman".

I will be the first to concede that Dreiser does not now look anything like their equal. He is no stylist, and yet the raw power of his narrative trumps the sometimes excruciating clunk of his prose. Saul Bellow, for instance, advised readers to take Sister Carrie at a gallop. There's no question Dreiser paints an intensely detailed, compelling and closely observed portrait of urban America at the turn of the 20th century – a century in which the US would play such a decisive part.

The novel opens with Caroline – Sister Carrie – Meeber moving from the country to the city, taking the train to Chicago to realise her hopes for a better, more glamorous future. En route, she meets a travelling salesman, Charles Drouet, who soon releases her from the drudgery of machine-work in the heartless city by making her his mistress. This is the first in a succession of Carrie's fruitless attempts to find happiness. Henceforth, she becomes the victim of increasingly desperate relationships which, combined with a starstruck fascination with the stage, take her to New York and the life of a Broadway chorus girl. The novel ends with Carrie changing her name to Carrie Madenda and becoming a star just as her estranged husband, George Hurstwood, gasses himself in rented lodgings. The closing chapters of the book, in which Hurstwood is ruined and then disgraced, are among the most powerful pages in a novel of merciless momentum, whose unsentimental depiction of big-city life sets it apart. Contemporary readers were baffled, however, and Sister Carrie did not sell well.

"The critics have not really understood what I was trying to do, " Dreiser said later. "Here is a book that is close to life. It is intended not as a piece of literary craftsmanship, but as a picture of conditions done as simply and effectively as the English language will permit … It makes one feel that American criticism is the joke which English literary authorities maintain it to be. When [the novel] gets to the people, they will understand, because it is a story of real life, of their lives."

A note on the text

Until the 1980s, the text of Sister Carrie was invariably based on the first Doubleday, Page edition of 1900 – a text that Dreiser himself amended only once, in 1907. But in 1981, the so-called "Pennsylvania edition" (Philadelphia: University of Pennsylvania Press) reverted to Dreiser's handwritten first draft, now held in the New York Public Library, and substituted his uncut holograph version as the scholarly text of the novel. This decision was challenged by a number of reviewers, introducing another level of controversy to a book whose publication history was dogged by trouble from the start. For this series, I have based my reading on the paperback Norton Critical edition (edited by Donald Pizer), which seems now to be accepted as the most reliable text – not least because it addresses in fascinating detail the furore surrounding the first printing of Sister Carrie, as well as illustrating the variations between Dreiser's first draft and the 1900 edition. This, for newcomers to Dreiser, is possibly the most interesting aspect of the novel's history, and runs (in summary) as follows:

Dreiser began Sister Carrie (occasionally titled "The Flesh and the Spirit" during its composition) at the suggestion of his friend Arthur Henry in 1899. Although he finished it on 29 March 1900, he was always dissatisfied with his work, and began to make revisions even as it was being submitted to New York publishers. At first, he offered it to Harper & Brothers (who "rejected it with a sharp slap"), and then to Doubleday, Page. This was a new imprint whose in-house reader, Frank Norris, was a published novelist whom Dreiser admired. Initially, it was Norris's enthusiasm that persuaded Doubleday to accept Sister Carrie. Then, possibly because Frank Doubleday's wife found the story repugnant and the text too sexually explicit, the firm turned it down. A row ensued in which Dreiser – who was always a combative character, at odds with the world – insisted on publication, standing on his legal rights, egged on by Arthur Henry. At one extraordinary moment, trying to get out of the contract, Frank Doubleday actually volunteered to offer the book to some of his rivals, including Macmillan and Lippincott. But Dreiser was adamant. He had a contract, and he would not be dissuaded.

Like any publisher bullied by one of their authors, Doubleday, Page did not launch Sister Carrie with much enthusiasm. It finally appeared on 8 November 1900 in an edition of 1, 008 copies, of which 129 were sent out for review and 465 were actually sold. The balance of 423 copies was later turned over to a remainder house. Dreiser, mythologising his debut, subsequently claimed that Doubleday had effectively suppressed his first novel. The record shows, however, that it was well and widely reviewed, and appeared in Britain in 1901 from William Heinemann. In London, the Daily Express wrote of Sister Carrie: "It is a cruel, merciless story, intensely clever in its realism, and one that will remain impressed in the memory of the reader for many a long day." In America, the great critic HL Mencken referred to Dreiser as "a man of large originality, of profound feeling, and of unshakable courage".